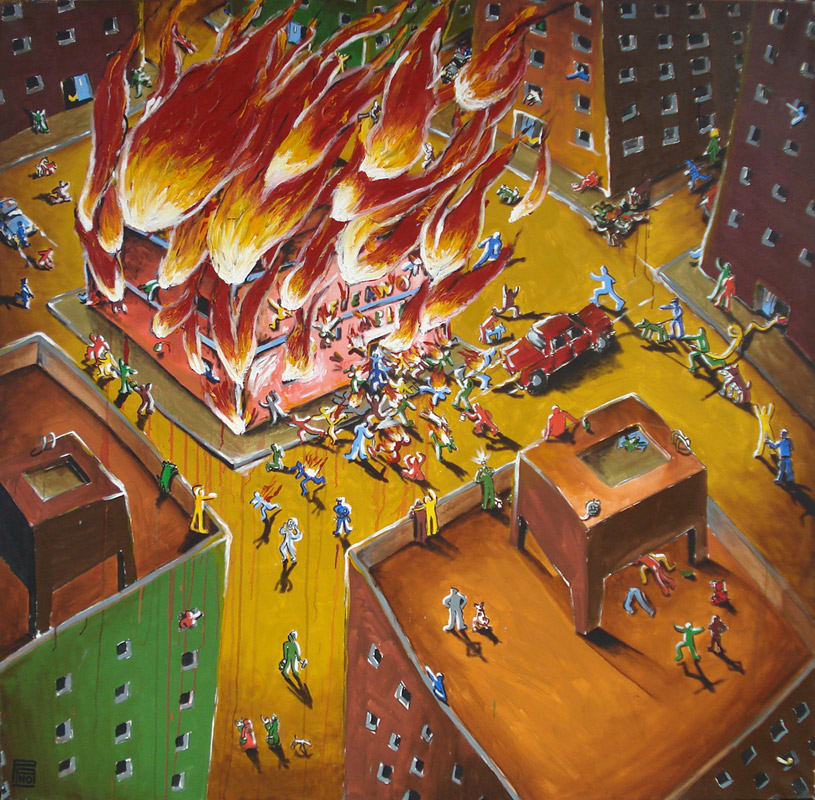 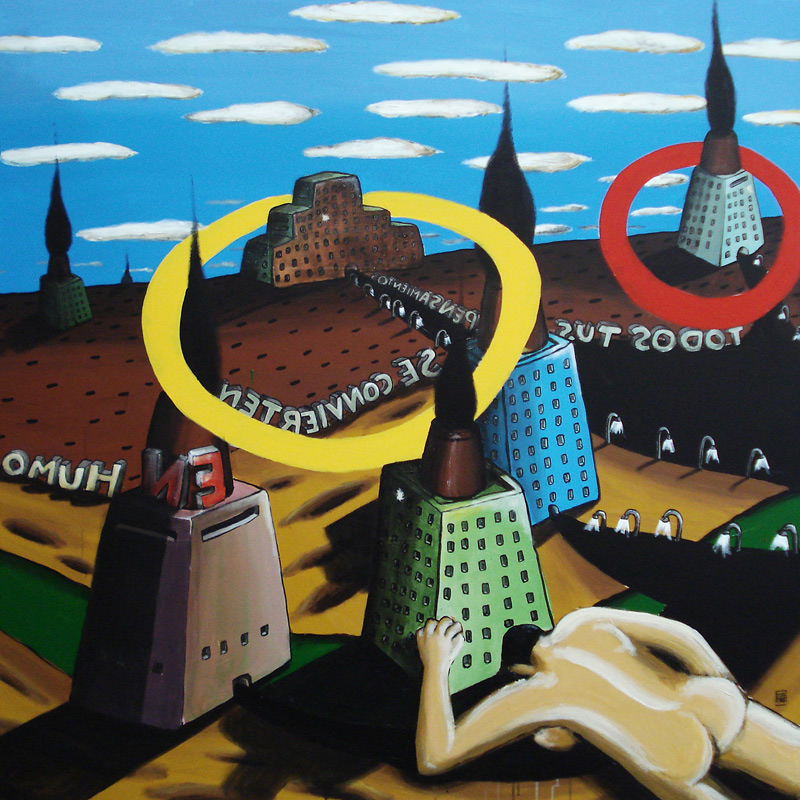 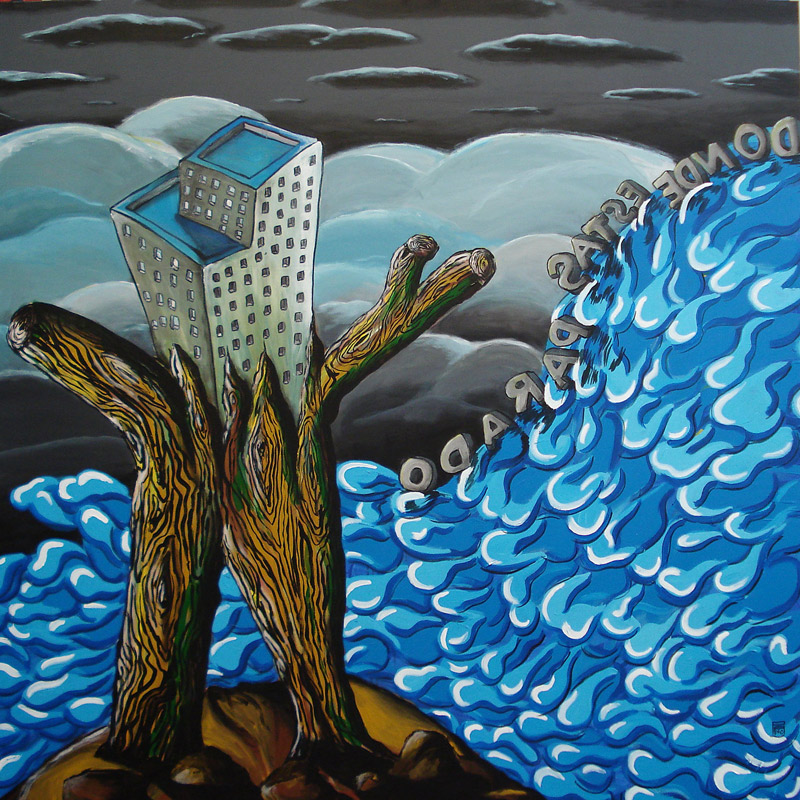 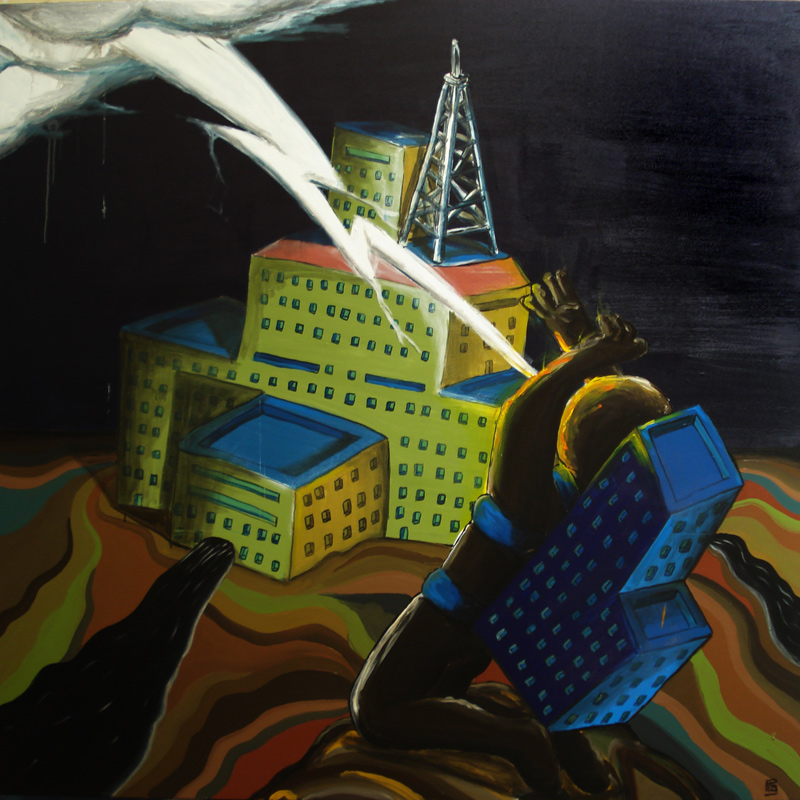 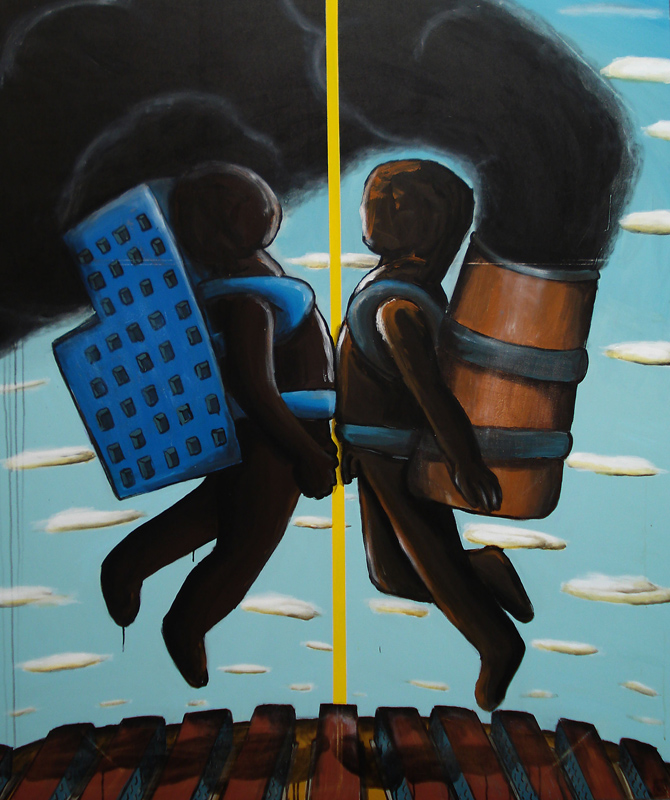 My beginnings, my neighborhood
Ciudadela is the neighborhood where I grew up. It’s a neighborhood with modest houses, not many over a few stories tall. When I was a kid the roads were still made of dirt. We used to play soccer at El Portón, a factory that was all but abandoned, today a seminary for monks. I still get together with old friends from the neighborhood, and we still play soccer.
During the seventies, what at some point was going to be a military neighborhood ten blocks away from my house—during the Lanusse era—wound up being the “Barrio Ejército de los Andes” (The Andes Army Neighborhood), inhabited by poor families who came from Buenos Aires shantytowns. Over time and with the different crises we went through, it turned into Fuerte Apache (the name came from a movie starring Paul Newman, where he’s cop in New York, dealing with violence in the Bronx… the press here took care of the rest). That’s where I grew up, in the suburbs; Fuerte Apache marked what I would draw. Its mono-block type buildings, its thousands of inhabitants who leave early to work like ants leaving their ant hill. Their entire lives are spent there, between the walls of the mono-blocks. The businesses, the empty lot soccer field, the abandoned cars, destroyed. And with time, the abandoned factories. Jobs lost. Work that is no longer there, and everything that is lost along with it. Some part of all this is present in what chimneys represent for me…

My work
During the past few years, many of the characters and stories in my paintings have come from sketches I’ve done of different tales and accounts. “El Hombre Edificio” (Building Man) is a solitary being who bears a building like a backpack, an immensely heavy urban load from which he can never escape; “Albino Asesino” (Albino Assassin) is a man consumed by vengeance, engendered, along with other men/dolls, on the sad Trencito de la Alegría (Little Train of Happiness). There are bears or Golems of some sort that live alone, sometimes caring for some beloved girl and when in luck, sleeping restorative naps in hidden, abandoned spots.
Factories and their chimneys always persist in my work. For me, they are symbols of work. Lately, these places have only windows: no doors, no way to enter or leave, but… are they inhabited? I always think up stories with every painting I make. There is always something there, and the viewer also comes up with his or her own story. Sometimes I like to play with the complicity that arises with people who see my paintings, listening to what they ask themselves about what goes on there.