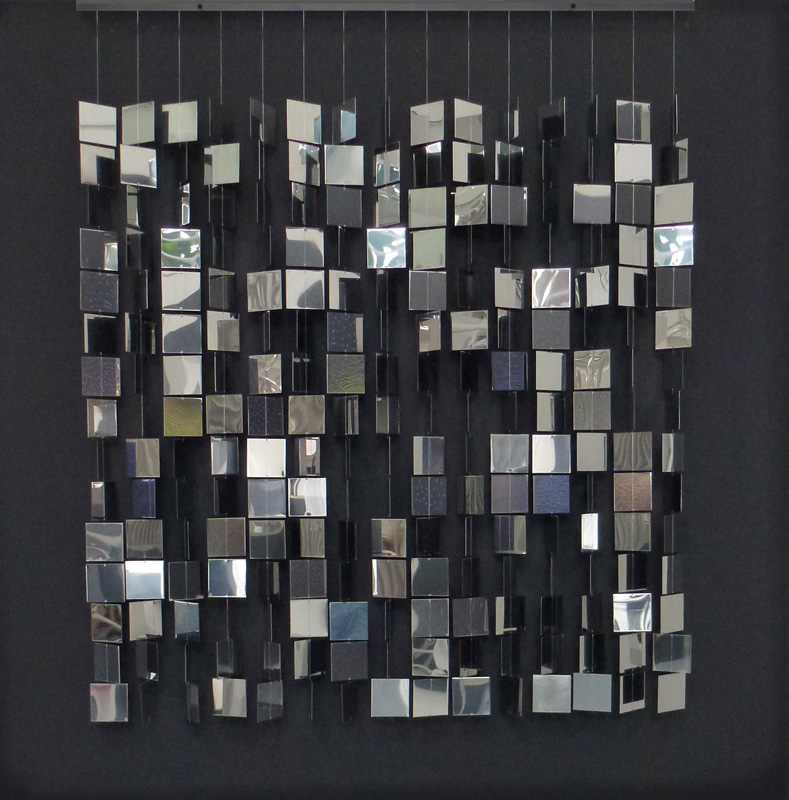 Born in Mendoza, Argentina. He is one of the most active members of the large group of South American artists who established themselves in Paris in the 1950s and played a major role in the launching of Kinetic Art in Europe in the 1960s.

He studied under Lucio Fontana at the The School of Fine Arts in Buenos Aires and in 1958 traveled to Paris on a French Government scholarship. There he attended Victor Vasarely’s studio and met with gallery owner Denise René, the leading Parisian sponsor of geometrical and kinetic art. Taking as starting-point the work of Vasarely, the writings of Mondrian and the tradition of Constructivism Le Parc began to make geometrical abstract paintings based on predetermined systems, first in black and white, then in color. In 1960 he continued his experiments and created his first mobiles from small pieces of Plexiglas, which were connected and suspended from the ceiling. He also created light-based works, using projectors to play with rhythms of light and sound.

During this time he founded with eleven other artists, including his Argentine colleagues Francisco Sobrino, Hugo Demarco and Horacio García Rossi, the Groupe De Recherche D’art Visuel (GRAV). The group was committed to create collaborative works and merging individual artistic endeavors into collective anonymous activities, they focused on using artificial light and mechanical movement to explore optical effects.