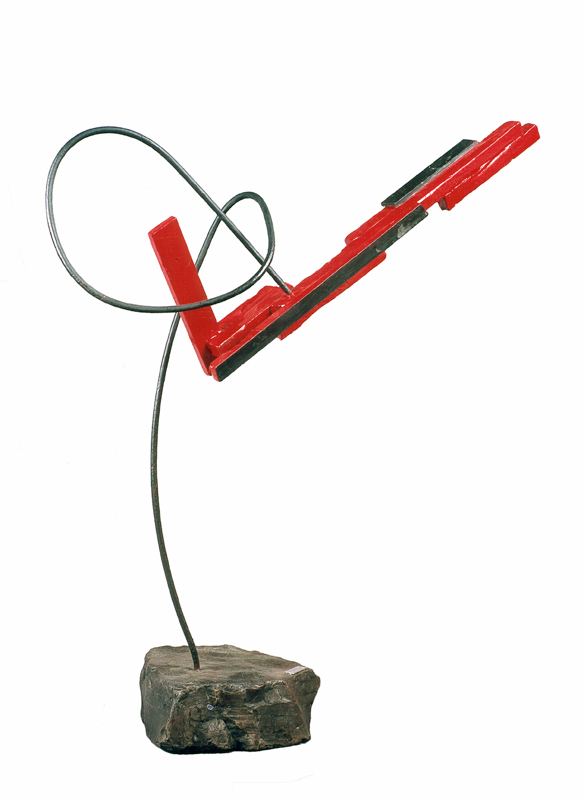 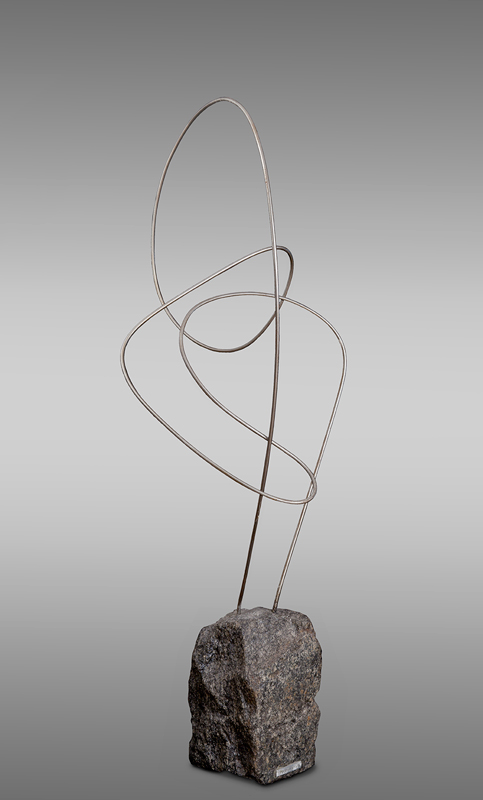 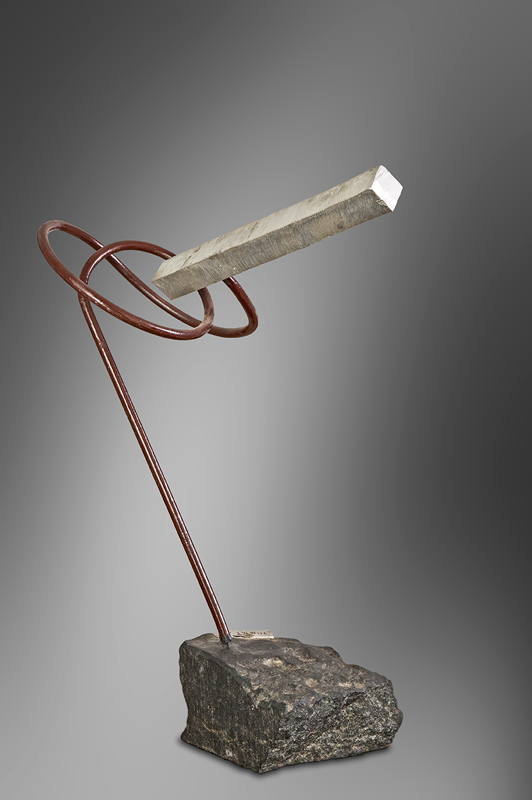 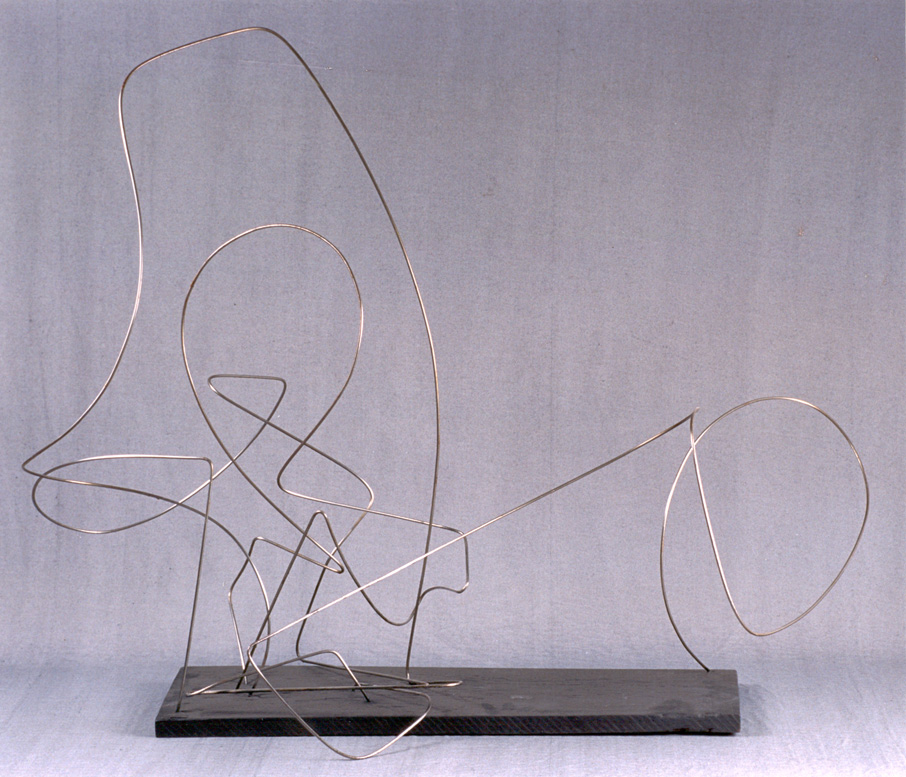 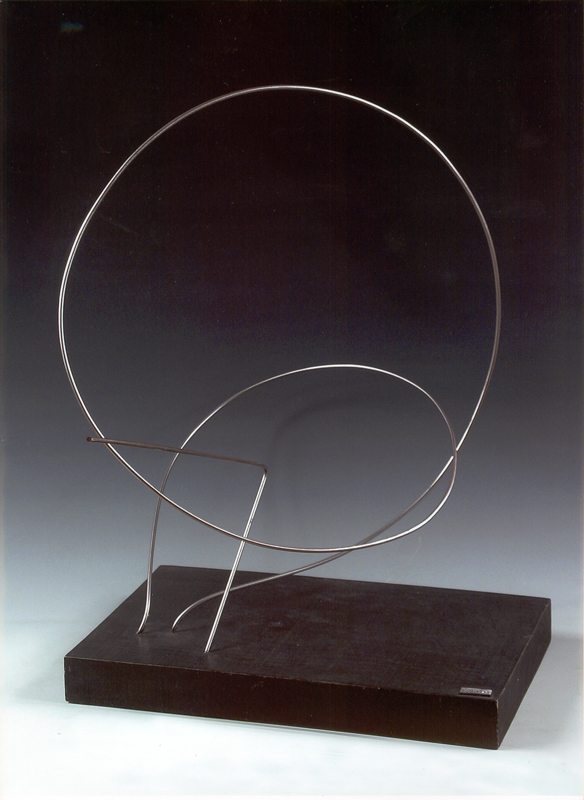 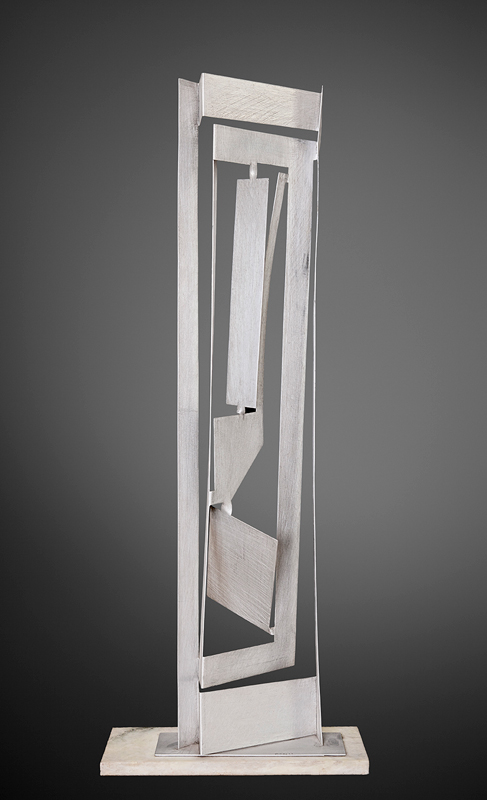 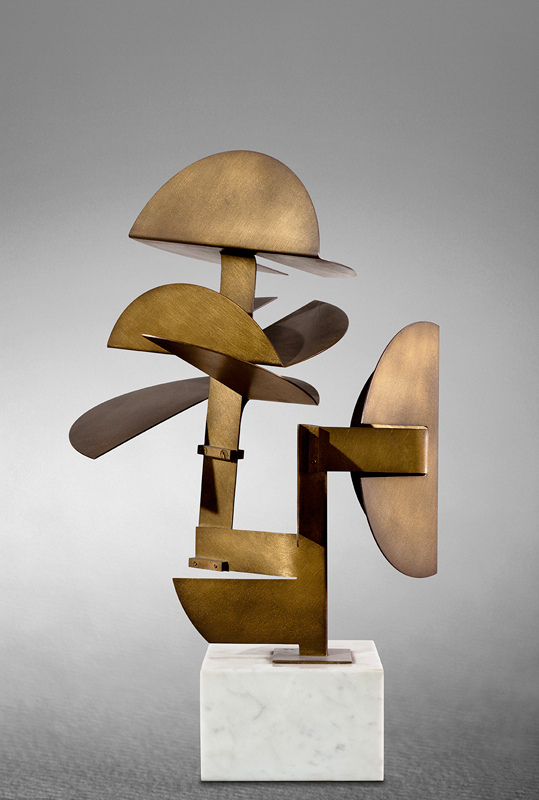 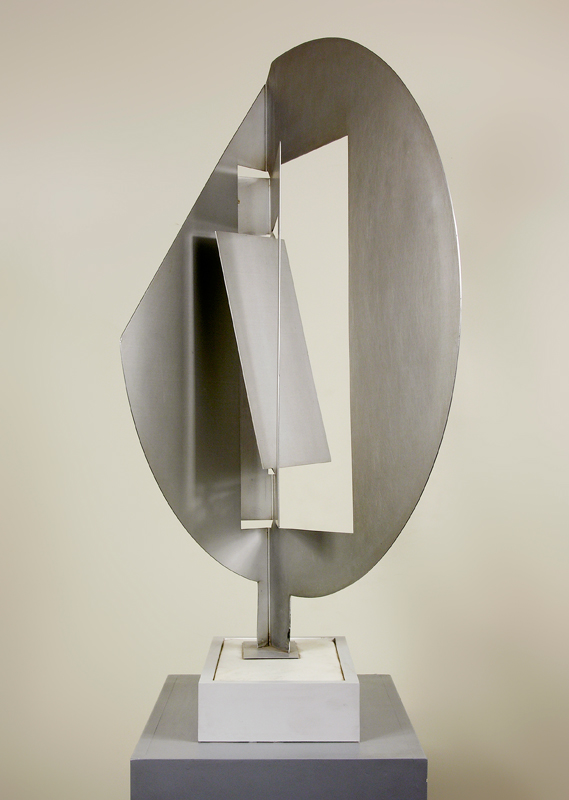 Emilio Iommi was born in Rosario, Argentina in 1926. He learned sculpture in his father’s studio, an Italian sculptor Santiago Girola. In 1945 he made his first sculptures and a year later was a member of the group, “Arte Concreto-Invención”. In 1968, invited by the Italian government, he traveled to Italy, Switzerland, France, England and the United States. In 1973 he was invited by the Ministry of Foreign Relations and Culture, to take a trip to Mexico, the United States and Canada, where he had shows in Ottawa and Québec. In 1975, he was named a member in number to the Academia Nacional de Bellas Artes. He lived and worked in Buenos Aires.