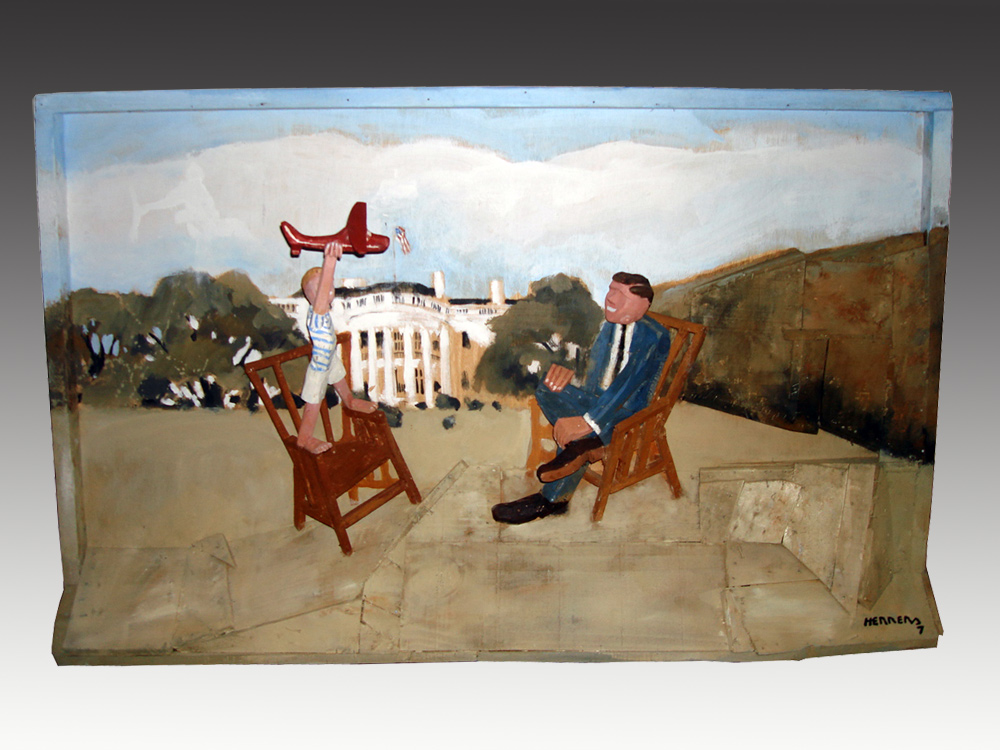 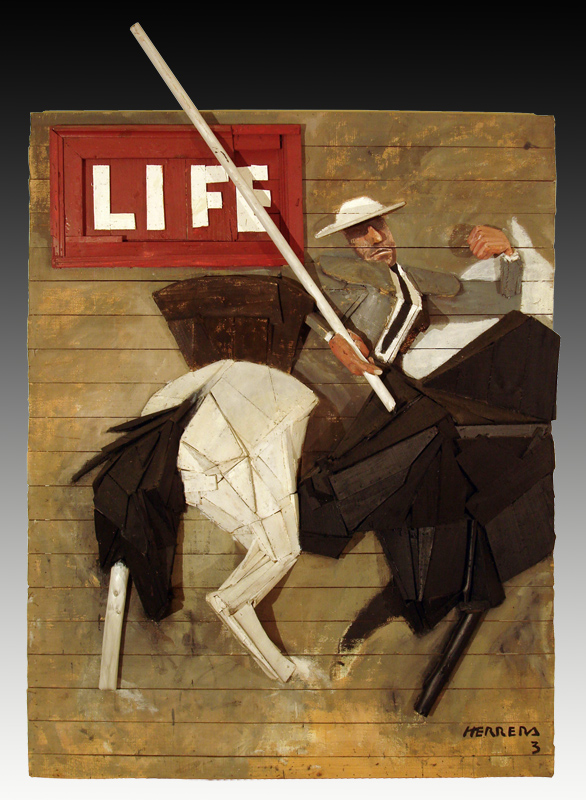 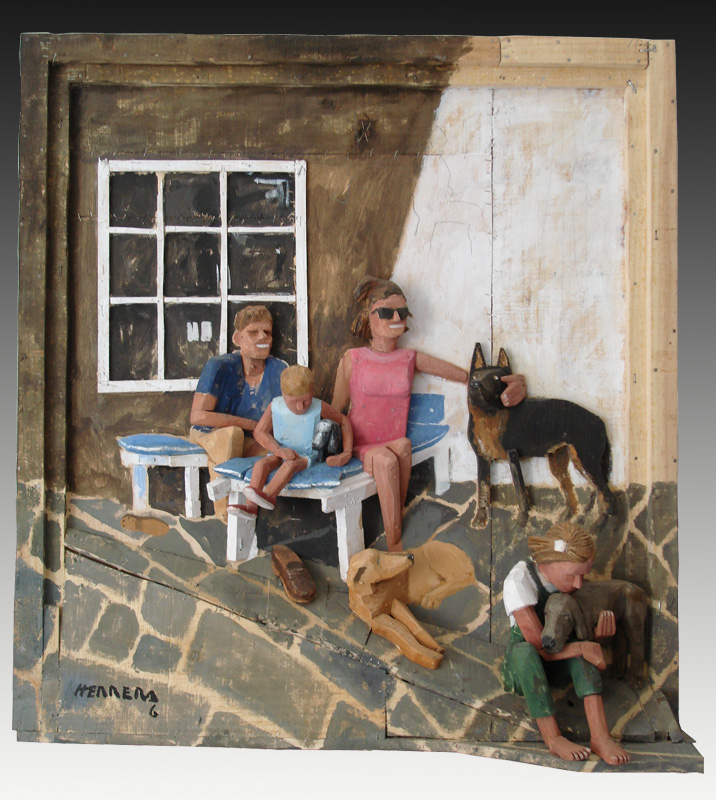 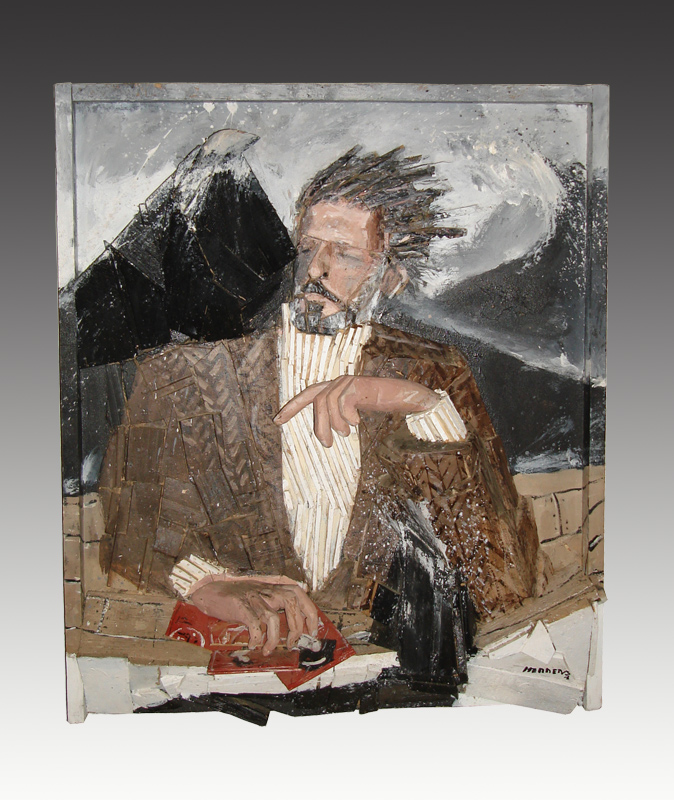 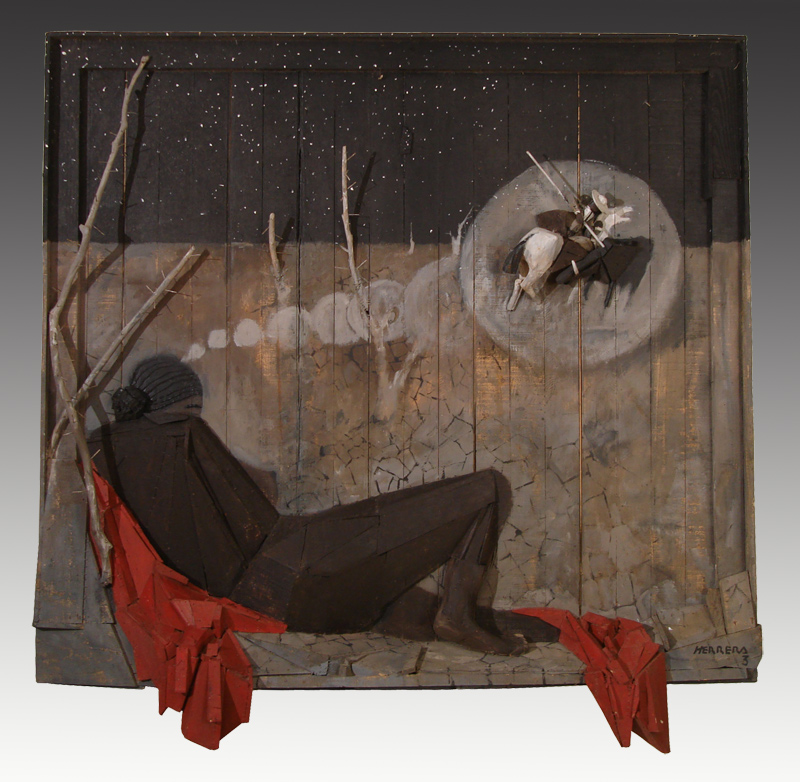 Herrera was born in Montevideo on August 22, 1953. In his grandfather workshop, the sculptor José Luis Zorrilla, located in the adjoining and then picturesque Bohemian and fishermen was Punta Carretas, Herrera found on rich that led him to develop their creative, multiplying interchangeable, and daily in the adventures of pirates, Indians, cowboys and other mythological literature and film that inspired the game with friends and siblings figures potential natural environment and that incessant symbiosis with drawings, paintings and carvings of its formative stage, helped to forge his aesthetic personality. Self-taught artist worthy of flattering judgments of critique and the adoption of the public performed in addition various study tours, at home and abroad. In 1990 was in New York on behalf of a collective sample as a participating artist also in Argentina, Brazil, Paraguay, Mexico and USA, and has traveled within Uruguay, attracted by its landscapes. By important collectors of Argentina, Brazil, USA, Israel, France, Italy, Japan and Mexico have works.