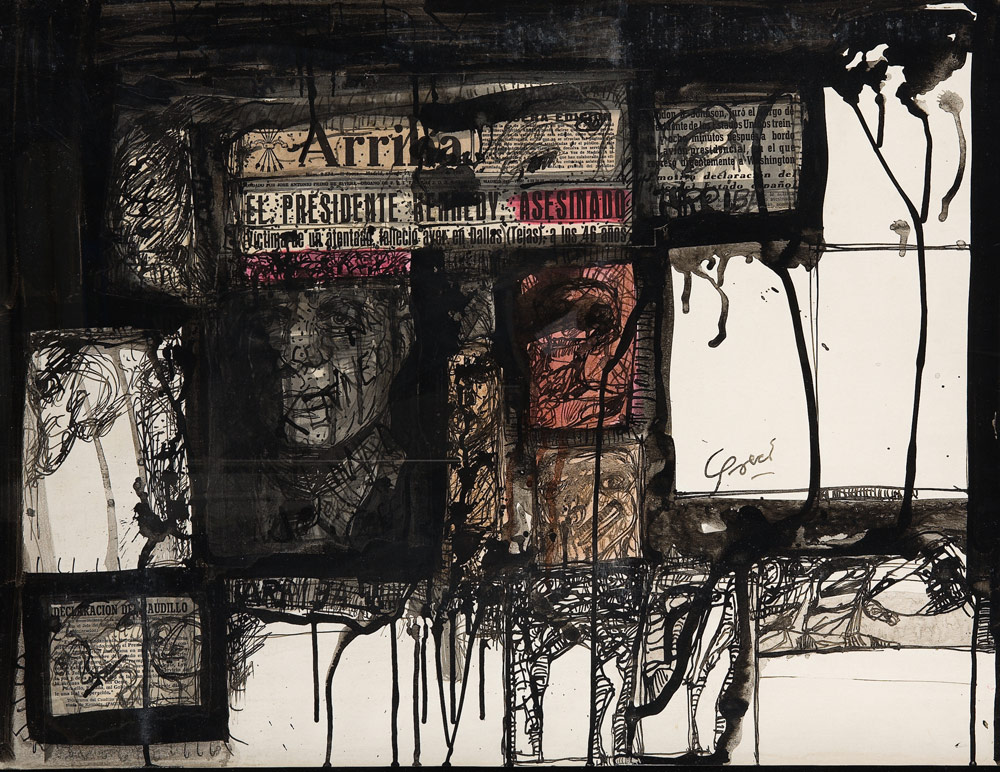 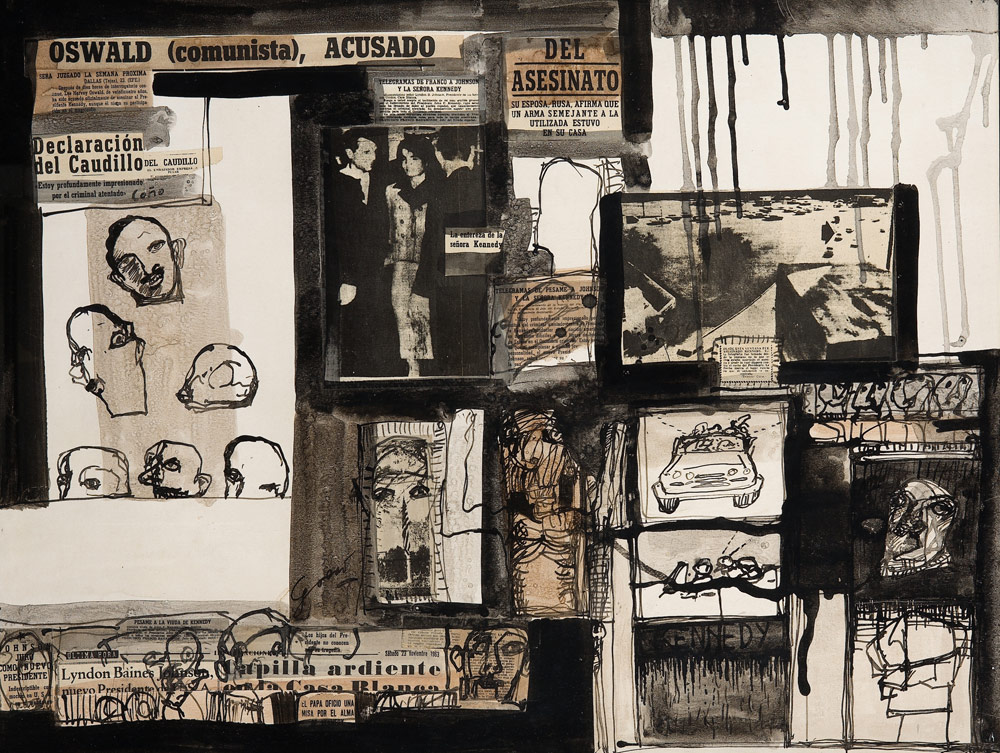 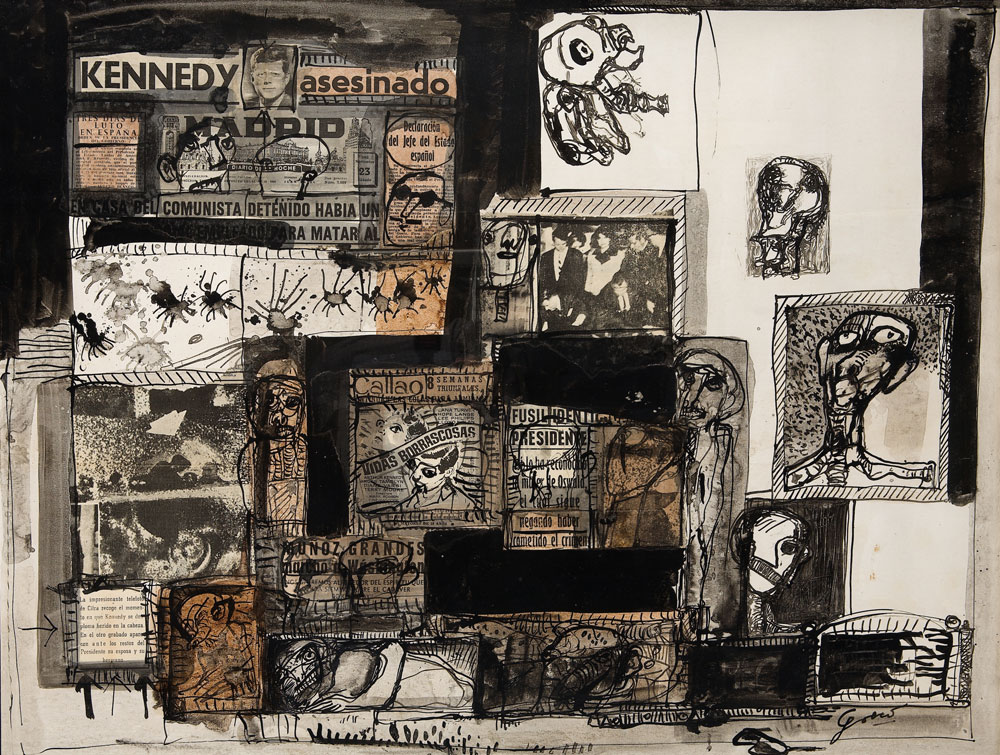 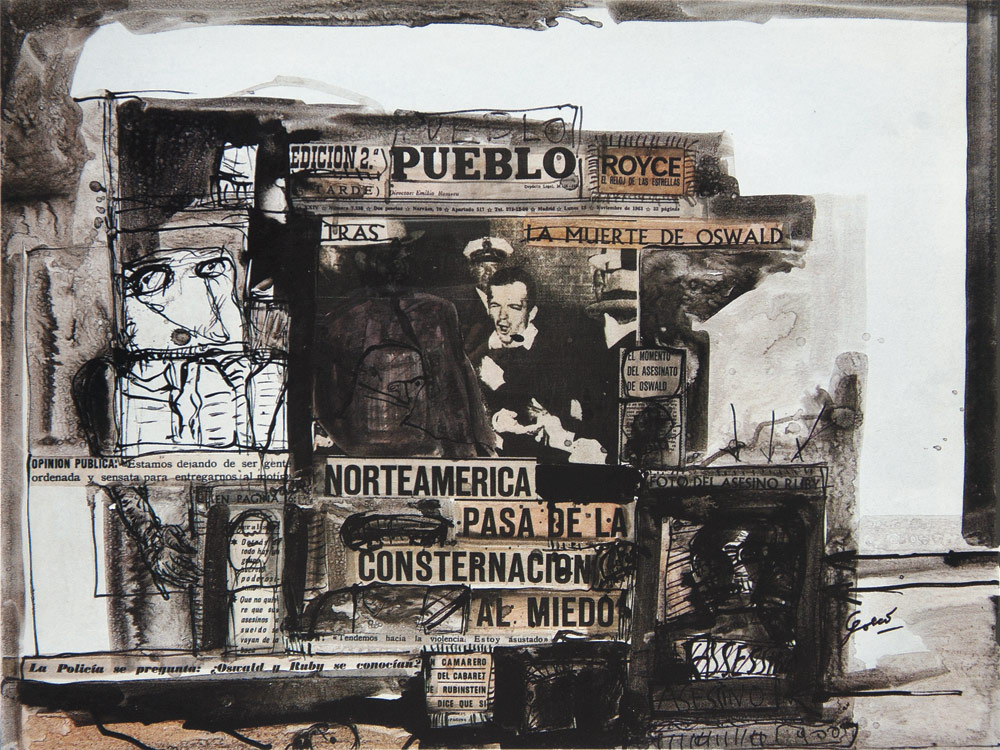 Alberto Greco was born in Buenos Aires in 1931. He attended the School of Fine Arts, but left without graduating. He worked in the studios of Cecilia Marcovich and Tomás Maldonado. He published his first book of poetry verses in 1950. In 1954, he traveled to Europe and had his first show at the gallery La Roue de Paris. In the following years Greco traveled between Argentina, Europe and Brazil. In 1962 he presented his first work of Live Art in Paris: Treinta ratones de la nueva generación (Thirty mice for the new generation) and in June of the same year, published the Manifiesto Dito del Arte Vivo. He continued to show his Live Art around the world, crossing paths with artists like Duchamp and was a part of the Happening Rifa Vivo-Dito in Central Station with, Roy Lichtenstein and Claes Oldenburg, among other artists. In 1965 Alberto Greco committed suicide with the word “FIN” (END) written on his left hand, his flair for creativity and spectacle remaining until the end.