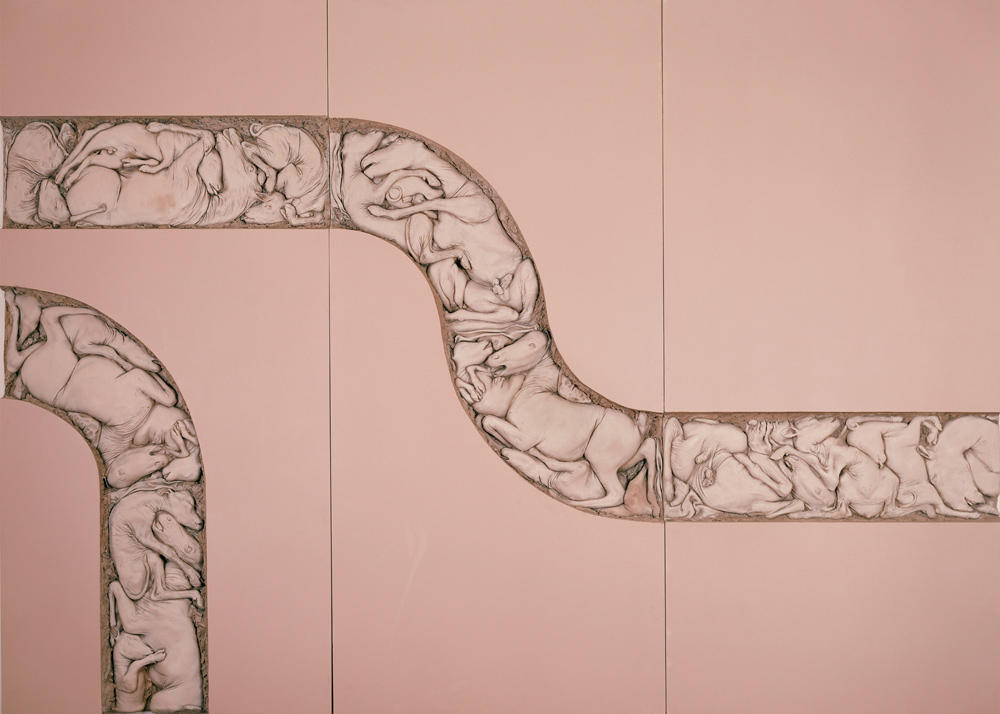 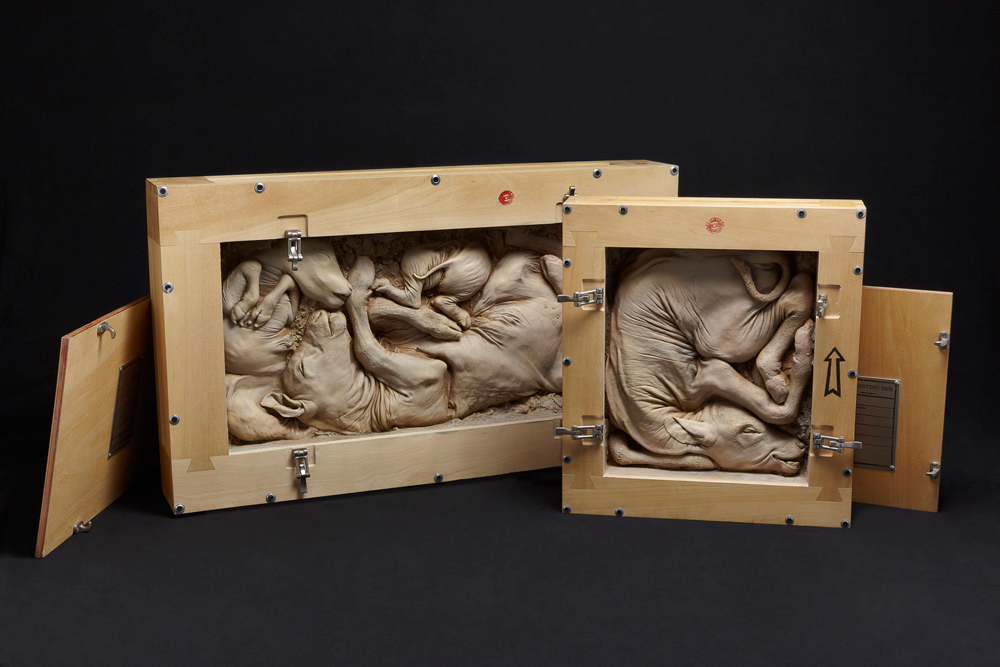 Nicola Costantino was born in Rosario, Argentina (1964). She studied Fine Arts at the National University of Rosario. While she attended school she worked and helped at different factories were she became familiar with silicon moulds, casts of polyester resins, and flexible polyurethane foams, all of which would end up being essential in the development of her work. In 1994 she moved to Buenos Aires and entered the Antorchas Foundation’s Barracas Workshop coordinated by artists Pablo Suárez and Luis F. Benedit. Shortly after she left for Houston, Texas to participate in the Core Program for Artists and began producing silicon human skin to design dresses and lavish coats with human hair collars. Nicola had acquired a great deal of experience in fashion design and molding, when she helped her mother in her clothes factory.

In 1998 Peletería Humana, a window display with twenty mannequins showing Nicola’s designs represented Argentina at the São Paulo Biennial. In 2000, Jeffrey Deitch invited her to turn his Soho gallery into a boutique and the Museum of Modern Art (MoMA) purchased her work Male Nipples Corset for it´s collection.

In 2004, Nicola launched Savon de Corps [Body Soap] at the Museum of Latin American Art of Buenos Aires [MALBA], a set of one hundred soap bars imitating an exclusive cosmetic product that produced with 3% of her own body fat after undergoing a liposuction procedure. The slogan “Take a bath with me” attracted great media attention as Nicola became the artist, the model and the prime matter of her work. Since then, Nicola’s role as the protagonist of her pieces has been central in her production.

In 2006, Gabriel Valansi introduced her to the world of photography. Her works in this field combine two types of images; the series alluding to renowned pieces in the history of photography and art, and others related with elements of her imaginary and identity as an artist. In all of these works Nicola takes the leading role to represent different characters and personalities: glamorous and feminine, hardworking, maternal, intimidating.

Selection of Awards and Prizes: