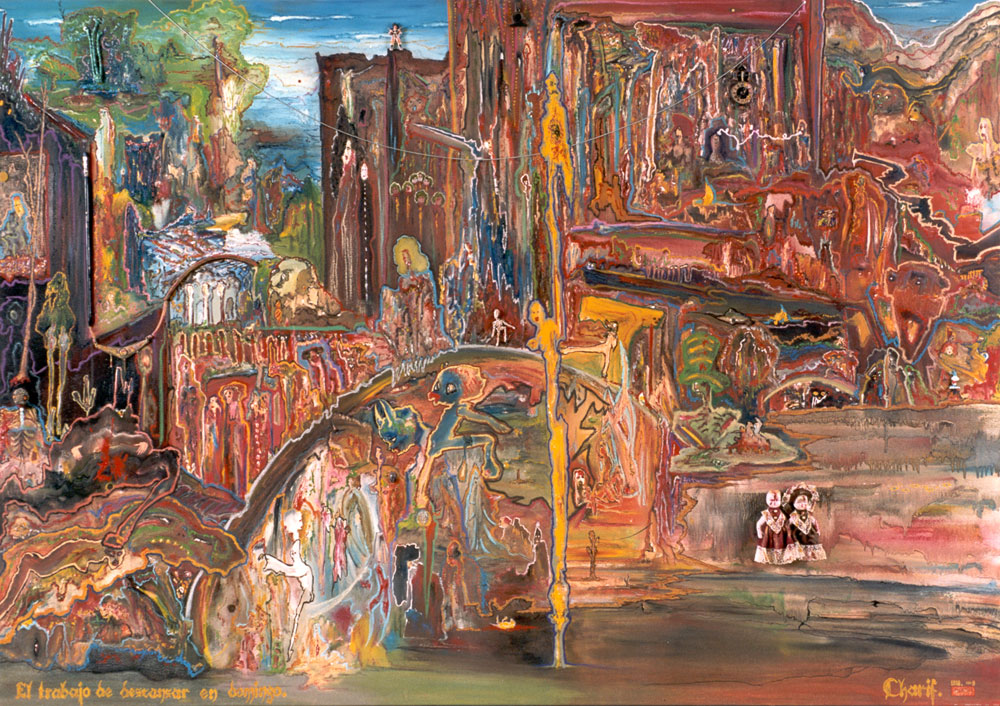 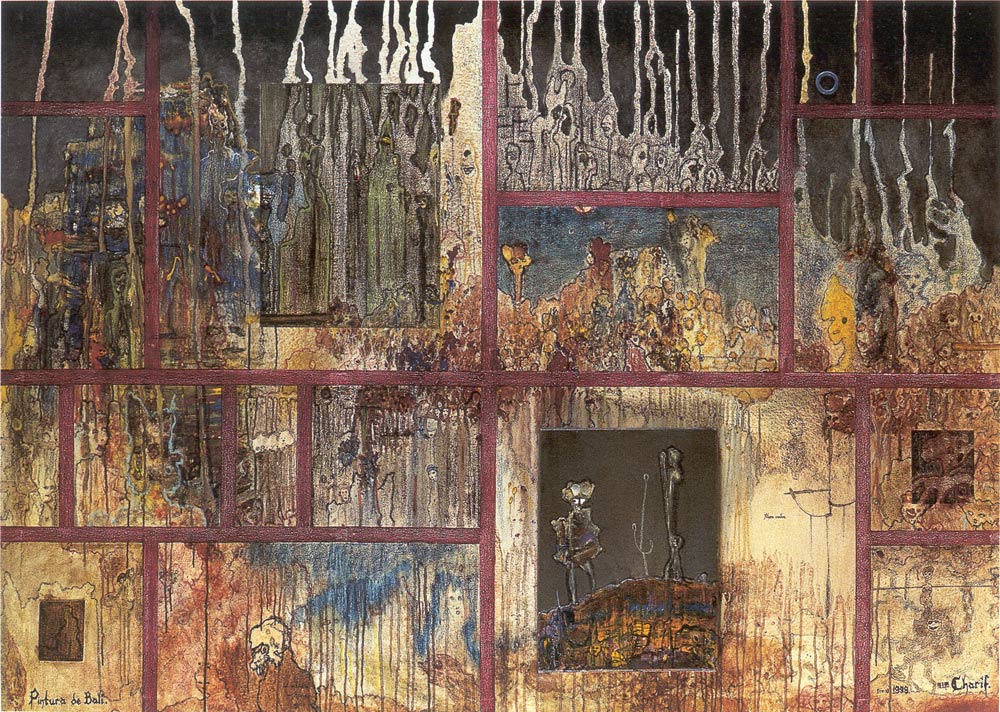 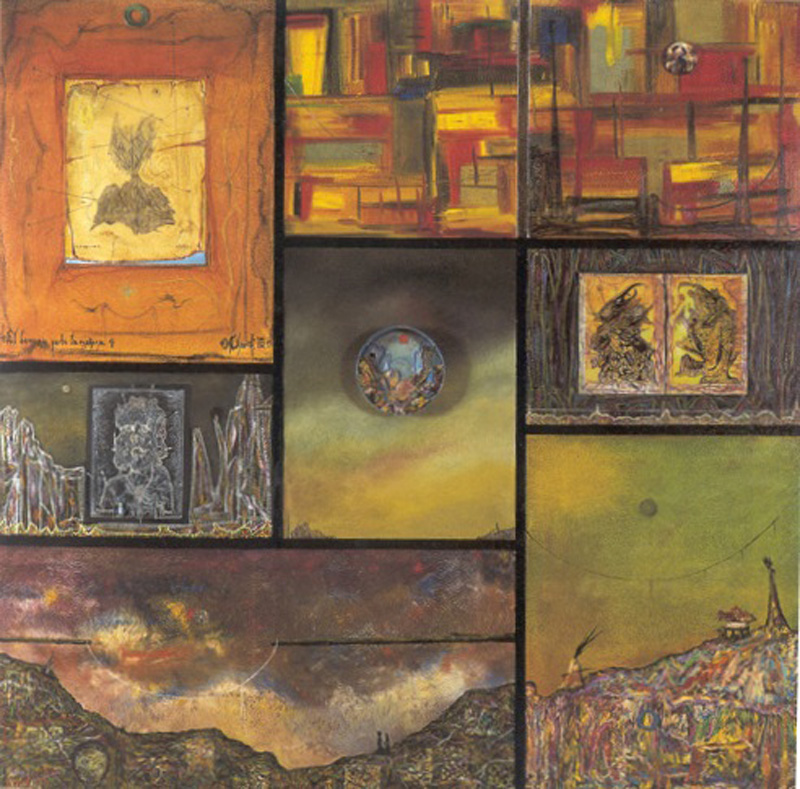 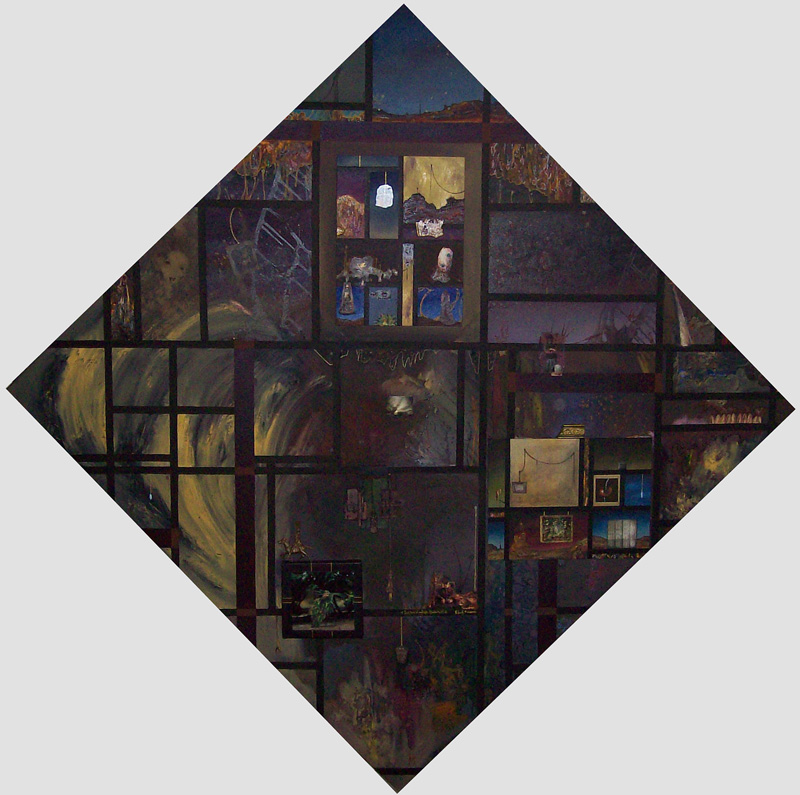 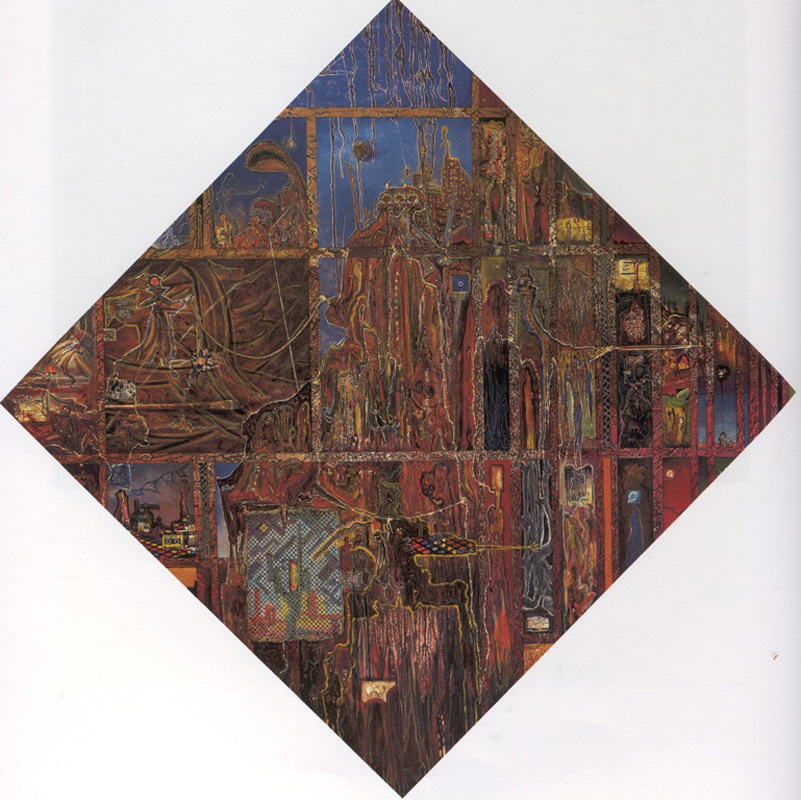 Born in Buenos Aires in 1966. He is a painter, writer and inventor. His creations include: unique pictorial and cinematographic techniques; a system of lenses that places the vision in grid form; an “embryonic” language with its own grammar and laws; a theatrical genre; a Sophistic International; a religion that accepts no followers and an award without money that is periodically granted to scientists and artists: El Charif Pintado de Oro, (The Golden painted Charif). In 1982 he began to exhibit his drawings, paintings and collages alongside the works of Salvador Dalí, Antonio Saura, Pierre Alechinsky and Xul Solar. In 2000 he participated in the Kaléidoscopies Exhibition: Arrabal et les artistes (1964 – 2000). The legendary Fernando Arrabal has praised his work making it known to members of the Pataphisyque School which also shares his admiration for his work. Arrabal and Milan Kundera asked him to illustrate the first book they projected together. His work can be seen in prestigious collections of Europe, Asia, New York and Buenos Aires. From 2004 he has avoided the spotlight and focused primarily in his literature work.